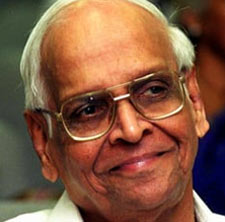 P Bhaskaran started as a lyricist for the film Chandrika and made his directorial debut with Ramu Karyat as a co-director and an actor in Neelakuyil. He attempted hard-hitting realism in his earlier films but later works were mainly loved stories and melodramas with social concerns. Some of his memorable films are Rarichan Enna Pauran (1956), set in the neo-realistic vein of Newspaper Boy, Anveshichu Kandethiyilla (1967) and Irutinte Atmavu (1967). 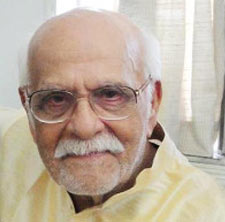 A Vincent joined Gemini Studio, Chennai as an assistant cameraman in 1947. He handled the camera for the path-breaking film Neelakuyil. He made his directorial debut with Bhargavinilayam (1964), based on a story by renowned Malayalam writer Vikom Muhammad Basheer. Nadi (1969) won him the State award andThulabharam (1968) the National award for second best film. 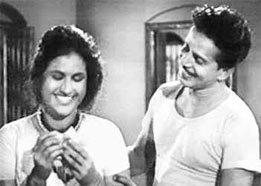 Through Neelakuyil Malayalam cinema for the first time had an authentic Malayalam story. The story for Neelakuyil was penned by renowned Malayalam writer Uroob and directed by the duo of P Bhaskaran and Ramu Karyat. This melodramatic film dealt with the issue of untouchability in the society. Satyan and Miss Kumari were elevated to stardom after the huge success of this film. Malayalam film music till then were cheap imitations of Hindi and Tamil film music, also came up with original Malayalam tunes through this film. The lyrics written by P Bhaskaran were arranged by K Raghavan, influenced by Malayalam folk music, which became popular among the masses. This was also the first Malayalam film to be shot outdoors. Neelakuyil announced the presence of Malayalam cinema in the Indian film arena. 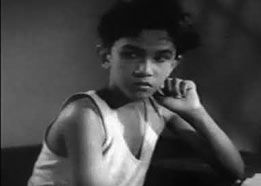 Newspaper Boy (1955) was the reflection of neo-realism in cinema, which became popular all over the world. This film was a result of extremely hard work by a group of college students. Newspaper Boy was directed by P Ramadas, who was totally new to cinema and almost all technical works were handled by amateur students. This film was distributed some months before Satyajit Ray's Pather Panchali came out. This film narrated the sad story of a printing press employee and his family reeling through poverty. He dies of extreme poverty and illness, which forces his children to stop their education. His elder son Appu leaves to Madras in search of a job. Failing to secure a job there, he returns and decides to take up the job of a newspaper boy.

Even though Malayalam cinema right from the first talkie, Balan ventured into social themes instead of cosmetic dramas from Hindu Mythology, like anywhere else in India, they stood far away from social realities. While cinema elsewhere in the world, except India, took a big leap forward in devising new cinematic forms making cinema an art form by itself, the Indian filmmakers right from the beginning considered cinema as a platform for combining all the art forms available in India. This was the concept about cinema even among the leading film critics then. Malayalam cinema was no exception in this regard. The first International Film Festival of India held in 1952 opened up the window to a new world of cinema to the Indian filmmakers. For the first time, they understood that cinema has advanced much further than the make-belief Hollywood films, which were the only source of foreign films then. Films like Bicycle Thief, which was shown for the first time in India compelled a new generation of filmmakers to take a new path of filmmaking. Satyajit Ray's Pather Panchali triggered the movement, which was taken up by other new generation filmmakers in Northern India.

In fact, it was the powerful movement that happened in Malayalam literature spearheaded by literary giants like Thakazhi Shivashankara Pillai, Viakom Muhammad Basheer, and M T Vasudevan Nair and the 'Library Movement' which coincided with it became the real factor for this changes in Malayalam cinema. Also, the strong presence of playwrights like N Krishna Pillai, C J Thomas, C N Shreekhantan Nair, G Shankara Pillai, and K T Muhammad opened up new vistas in the field of stage plays. Dramas of Thoppil Bhasi like Ningalanne Communist Aakki, Survey Kallu, and Mudiayanaya Puthran created ripples in the society. Malayalam cinema, which followed these footsteps but couldn't create its own cinematic form and remained as novels and dramas.

The Growth: 1960s
After the success of Neelakuyil, films with authentic Malayalam stories set in the backdrop of Kerala villages started arriving. Minnaminingu directed by Ramu Karyat and Rarichhan Enna Pouran by P Bhaskaran has noted films produced during the late 1950s. Takazhi Shivashankara Pillai's famous novel Randidangazhi was also seen on the silver screen.
In 1961 Kandam Bacha Coat, the first full-length colour film in Malayalam was released and was an adoption of a famous social drama. Bhargavi Nilayam (1964) directed by A Vincent is a notable film of this period. This was a cinematic adoption of renowned Malayalam writer Vykom Muhammad Basheer's novel. Vincent also directed some of the best films of early ages like Murapennu, Nagarame Nandi, Asuravithu and Thulabharam. Irutinte Athmavu directed by P Bhaskaran, based on M T Vasudevan Nair's story, gave a new face to superstar Prem Nazir, who till then was seen only in romantic hero's role. 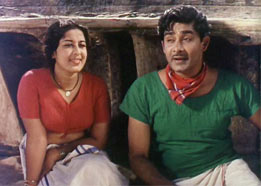 Chemmeen (1965) directed by Ramu Karyat was the first South Indian film to bag the President's Golden Lotus Award for the best film. Based on a famous novel with the same name by renowned Malayalam writer Takazhi Shivashanakara Pillai, Chemmeen pioneered the growth of Malayalam cinema in technical and artistic aspects. It brought together some of the best technical talents then available in India, Salil Chowdhari (music), Markes Burtly (cinematography) and Hrishikesh Mukherjee (editing). It also had a huge star cast.

The growth of film society movement and the screenings of world classics forced a drastic change in Malayalee film sensitivity during the early 1970s. A new movement often termed as the 'New Wave Malayalam Cinema' or the 'Malayalam Parallel Cinema' emerged. Adoor Gopalakrishnan made his first film Swayamvaram in 1972, which made Malayalam cinema noticed at International film arena. G Aravindan through his Uttarayanam in 1974 accelerated this radical change in Malayalam cinema. 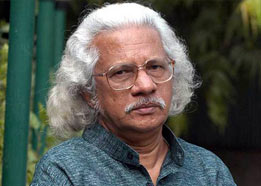 Another major stream of Malayalam cinema that appeared during the 1970s, which was a synthesis of the highly commercial popular cinema and the parallel cinema from which the masses always stayed away, was the 'middle-stream cinema'. These films, mainly from directors like K G George, Padmarajan and Bharathan, had meaningful themes but had popular forms of presentation and had influenced a generation of film viewers.